This article is a stub. You can help Band of Brothers Wiki by expanding it.

ssssssssssss 1st Lieutenant Richard Winters: That night, I took time time to thank God for seeing me through that day of days. And prayed I would make it through D-Day plus one. And if somehow, I managed to get home again, I promised God and myself...that I would find a quiet piece of land someplace...and spent the rest of my life in peace.

Day of Days is the 2nd Episode of Band of Brothers. It again puts Richard Winters in a leading role. The story involves the aftermath of the D-Day landings and Easy Company's attempt to destroy 105mm guns at Brècourt Manor.

On June 6, 1944, D-Day, planes with thousands of paratroopers cross the English Channel to France, where they come under heavy fire. None of the men land where they expected to, and many lose their weapons and supplies in the drop. Winters links up with solitary soldiers, and they set off to find their units. Winters (Damian Lewis) is later chosen to lead an attack on a fortified German artillery position; the mission is successful, but Winters, now acting company commander, loses his first man.

Easy Company and other Airborne paratroopers are now aboard C47s as they prepare to jump behind enemy lines during D-Day. German anti-aircraft guns are firing at the planes causing many of them to be destroyed, including Easy Company's CO, 1st Lieutenant Thomas Meehan III's plane. Massive numbers of paratroopers jump from their planes, along with 1st Lieutenant Richard Winters. During the jump, many paratroopers lose their weapons and other supplies, as well as land dull of their location. Just after Winters lands, another paratrooper named Private John Hall from Able Company lands and pairs with him. As they wander through the trees, they find 2nd Lieutenant Carwood Lipton and two more paratroopers from the 82nd Airborne Division; Winters, realizing that the paratroopers are scattered all over Normandy, manages to identify their location and decides to proceed to go to their drop zone. As they go, they encounter Privates Donald Malarkey and Robert Wynn, Corporal Joseph Toye, and Sergeant William Guarnere. And along the way, the group hears a horse; Winters observes a group of German forces and positions the men. Guarnere, still bothered from news of his brother being killed in action, fires prior to Winters' command, forcing the others to shoot as well. Winters reprimands Guarnere's disobedience, much to the annoyance of "Wild Bill." The men then travel on a long walk and encounter German POWs before reaching the rallying point. Malarkey is astonished to find a German-American soldier who turns out to be from the same state (Oregon) as he. As Malarkey leaves, 1st Lieutenant Ronald Speirs from Dog Company goes to the POWs. Gunshots are then heard; Malarkey then turns and visually witnesses the killings, as Speirs allows one trembling German soldier to not be shot (and survive).

Colonel Robert Sink orders Winters to select some men to assault the suspected 88mm guns inflicting damage at the soldiers in Utah Beach at a French estate called Brècourt. Winters assembles the team into two squads: one led by him and one led by 2nd Lieutenant Lynn Compton. Winters proves himself as a solid tactician, with a small force to ambush a more massive force on heavily fortified positions. Wynn is wounded in the buttocks and is forced to leave the battle, while Winters and his squad take over the first to third guns that were in fact 105mm. Winters discovers a map and decides to hold on to it, while Hall is suddenly killed by a trap. Winters sees the lifeless body of Hall, and a disappointed Winters chooses to go on. Dog Company provides backup and successfully captures the fourth and final gun, and so they retreat.

That night, the men rest and eat after the assault. Winters is told by 2nd Lieutenant Lewis Nixon that the map Winters found disclosed the locations of all the guns in Normandy and was passed up to Army Intelligence. Winters declares this day as a "day of firsts," and pledges that after the war, he will secure peace for himself to spend the remaining days of his life.

The Distinguished Service Cross is awarded to

"Easy Company's capture of the German Battery became a textbook case of an assault on a fixed position, and is still demonstrated at the United States Military Academy at West Point, today." 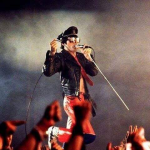